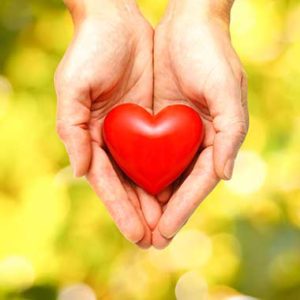 Where is the balance between accountability and compassion? Are they mutually exclusive? Is there a time limit or other constraint on our mercy? These are questions that are frequently confronted by the Christian leader. How do you handle situations where you are leading a group of people, and one person consistently makes poor choices in his/her personal life that result in poor performance at work (e.g., arriving late, incomplete assignments, bad attendance)? Are we holding ourselves and others accountable?

Recently a colleague was dealing with this issue. An employee who had been employed by the organization for around ten years had a history of bad relationship choices. This employee has not accepted Christ. For the past several years, the employee has gone from one bad relationship to a worse one. The impact on her performance at work was visible to all.

Initially, everyone in the organization showed compassion when she was occasionally late to work or missed a deadline, or the work wasn’t her best. As time went by, and one bad relationship flowed into another. The employee’s regular [atterm became arriving late and missing days of work. Her poor performance shifted the majority of her work to someone else who had a heavy workload. When missed meetings and deadlines translated into bad performance for the entire organization, her peers began to rumble and grumbled to one another about it not being fair. A few weeks became a few years, and no one else was bringing their problems to work.

My colleague is a powerful woman with a few bad relationships in her past. Since coming to Christ, she has made wiser choices in her relationships leading to marriage to a godly man. She understands the follies of youth but realizes that the morale of her entire organization has suffered. Her desire to have compassion and understanding has led her to “have compassion” for this person for over two years. Now it is make or break time. The woman’s behavior shows no sign of changing (in choosing relationships or how she behaves at work). So what is my colleague to do?

In light of the impact on her other employees and the organization, things had to change. What she has viewed as compassion has become enabling bad behavior. Where understanding, mercy, and forgiveness are what we all look for, the reality is this young woman is not changing her behavior because she doesn’t have to. She is suffering no consequences and is not being held accountable for her choices.

Part of a loving heart is taking action to hold people accountable for their choices and the repercussions of those decisions. Compassion has its time and place. Mercy is desirable when we are offended or sinned against. When we tolerate sin or simply bad behavior, it can seem that we accept it or even condone the behavior. Accountability is needed to create a situation where there is a need if not a desire to change.

In John 8:1-11, we get a brief glance into one woman’s life. While the woman’s sin is adultery, but it could be any sin. Christ did not accept the sin. He did pardon the sin. And he said to sin no more.

There is no better example of how to deal with this particular situation than Christ.

As Christ showed compassion, mercy, and forgiveness, so should we in our personal and professional lives.  However, they should not substitute for accountability. Each of us needs all four elements in our lives giving and receiving them to keep us on the straight and narrow path to living as God would have us live.